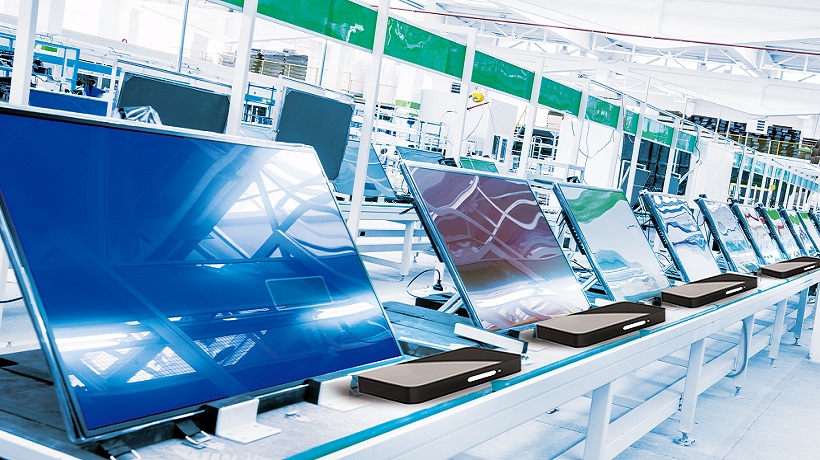 This manufacturer of 4K set-top boxes with HDMI outputs previously employed traditional product inspection methods that relied on visual inspection and offered no means to improve the accuracy of inspection, the type of items that could be inspected,or the number of items that can be inspected. Hence, the client sought to implement automated inspection by utilizing image processing. The solution consisted of Advantech IPC and multi-channel 4K HDMI video capture cards, which allow a single system to capture and inspect video outputs from multiple set-top boxes.The system concurrently collects inspection data to ensure video output and improve product quality.

Before the system was implemented, it needs manual operations to inspect a number of set-top box output formats and relied on the naked eye to determine the accuracy of video output. This method is subjective and prone to errors. It is unable to verify many display modes. Furthermore, there is no detailed statistics to give manufacturers a good understanding of product quality or the verification results.

In addition, the client required an SDK so that they could quickly develop apps as needed. The SDK supports fundamental functions such as image capture and recording, and it has Intel and NVIDIA GPU hardware acceleration instruction sets that make automated inspection markedly more efficient. CPU resources can thus be managed more effectively to meet the quality assurance needs of set-top boxes in terms of image processing and display comparison.

The complete solution included ASMB-815 server boards and Xeon CPUs as well as up to five DVP-7011UHE image capture cards. The HDMI video input on the cards captures HDMI 2.0 signals from the set-top boxes, and then apps developed using the SDK inspect the video signal, effectively realizing a fully automated inspection process. 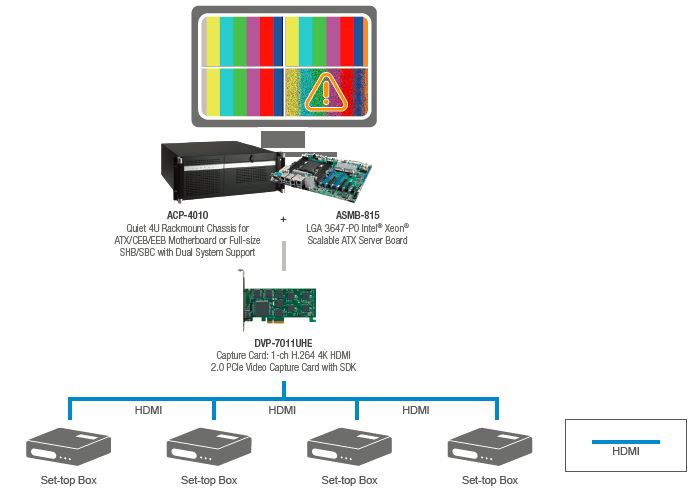